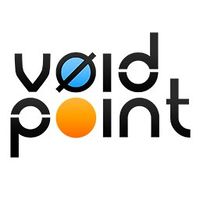 Their first project, Duke Nukem 3D: Hail to the King Collection, was an enhanced Android port of Duke Nukem 3D with its first- and authorized third-party expansion packs announced in 2015. By 2016, it was silently cancelled. Also in 2015, they started work on a 3D Realms-backed first-person shooter in the EDuke32 source port of the Build engine known as The Washington Project, later renamed to Ion Maiden, and after legal problems Ion Fury. They are focused on the Windows and Linux releases, while console versions are being ported externally.